The expression of emotions in 20th century books 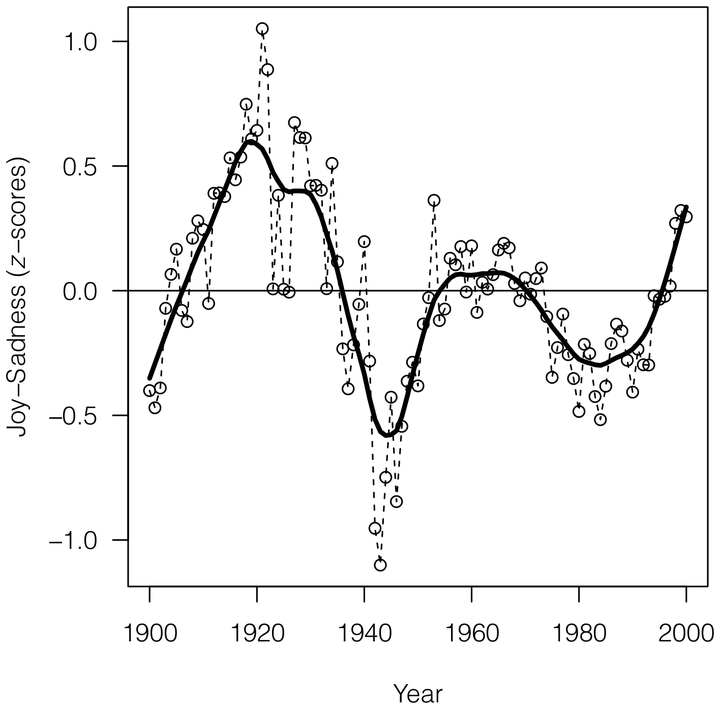 We report here trends in the usage of “mood” words, that is, words carrying emotional content, in 20th century English language books, using the data set provided by Google that includes word frequencies in roughly 4% of all books published up to the year 2008. We find evidence for distinct historical periods of positive and negative moods, underlain by a general decrease in the use of emotion-related words through time. Finally, we show that, in books, American English has become decidedly more “emotional” than British English in the last half-century, as a part of a more general increase of the stylistic divergence between the two variants of English language.

I wrote a popular summary of the paper for the Huffington Post (US edition). Other media coverage includes: