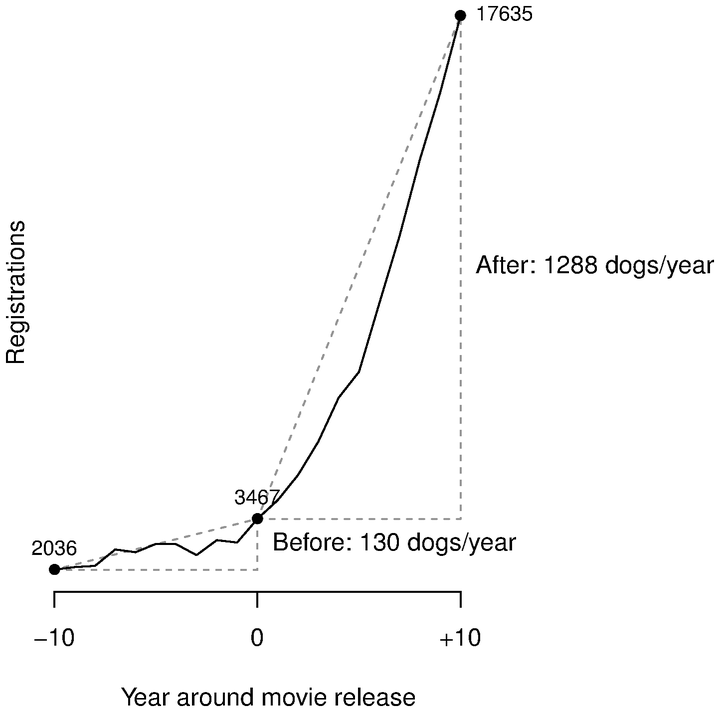 Fashions and fads are important phenomena that influence many individual choices. They are ubiquitous in human societies, and have recently been used as a source of data to test models of cultural dynamics. Although a few statistical regularities have been observed in fashion cycles, their empirical characterization is still incomplete. Here we consider the impact of mass media on popular culture, showing that the release of movies featuring dogs is often associated with an increase in the popularity of featured breeds, for up to 10 years after movie release. We also find that a movie’s impact on breed popularity correlates with the estimated number of viewers during the movie’s opening weekend—a proxy of the movie’s reach among the general public. Movies’ influence on breed popularity was strongest in the early 20th century, and has declined since. We reach these conclusions through a new, widely applicable method to measure the cultural impact of events, capable of disentangling the event’s effect from ongoing cultural trends.

This paper has been widely covered by popular and scientific media. Here some examples: