The role of redundant information in cultural transmission and cultural stabilization 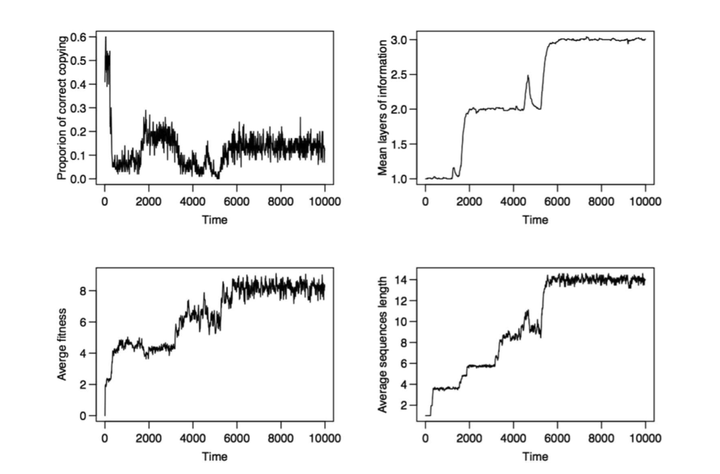 Redundant copying has been proposed as a manner to achieve the high-fidelity necessary to pass on and preserve complex traits in human cultural transmission. There are at least 2 ways to define redundant copying. One refers to the possibility of copying repeatedly the same trait over time, and another to the ability to exploit multiple layers of information pointing to the same trait during a single copying event. Using an individual-based model, we explore how redundant copying (defined as in the latter way) helps to achieve successful transmission. The authors show that increasing redundant copying increases the likelihood of accurately transmitting a behavior more than either augmenting the number of copying occasions across time or boosting the general accuracy of social learning. They also investigate how different cost functions, deriving, for example, from the need to invest more energy in cognitive processing, impact the evolution of redundant copying. The authors show that populations converge either to high-fitness/high-costs states (with high redundant copying and complex culturally transmitted behaviors; resembling human culture) or to low-fitness/low-costs states (with low redundant copying and simple transmitted behaviors; resembling social learning forms typical of nonhuman animals). This outcome may help to explain why cumulative culture is rare in the animal kingdom.