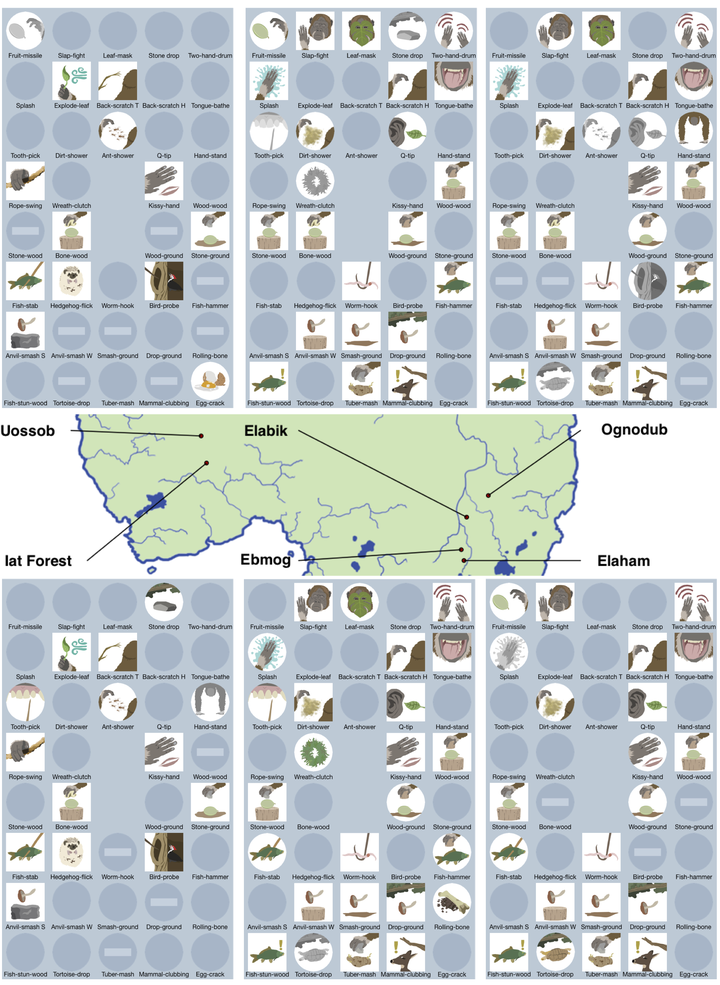 The method of exclusion identifies patterns of distributions of behaviours and/or artefact forms among different groups, where these patterns are deemed unlikely to arise from purely genetic and/or ecological factors. The presence of such patterns is often used to establish whether a species is cultural or not—i.e. whether a species uses social learning or not. Researchers using or describing this method have often pointed out that the method cannot pinpoint which specific type(s) of social learning resulted in the observed patterns. However, the literature continues to contain such inferences. In a new attempt to warn against these logically unwarranted conclusions, we illustrate this error using a novel approach. We use an individual-based model, focused on wild ape cultural patterns—as these patterns are the best-known cases of animal culture and as they also contain the most frequent usage of the unwarranted inference for specific social learning mechanisms. We built a model that contained agents unable to copy specifics of behavioural or artefact forms beyond their individual reach (which we define as “copying”). We did so, as some of the previous inference claims related to social learning mechanisms revolve around copying defined in this way. The results of our model however show that non-copying social learning can already reproduce the defining—even iconic—features of observed ape cultural patterns detected by the method of exclusion. This shows, using a novel model approach, that copying processes are not necessary to produce the cultural patterns that are sometimes still used in an attempt to identify copying processes. Additionally, our model could fully control for both environmental and genetic factors (impossible in real life) and thus offers a new validity check for the method of exclusion as related to general cultural claims—a check that the method passed. Our model also led to new and additional findings, which we likewise discuss.