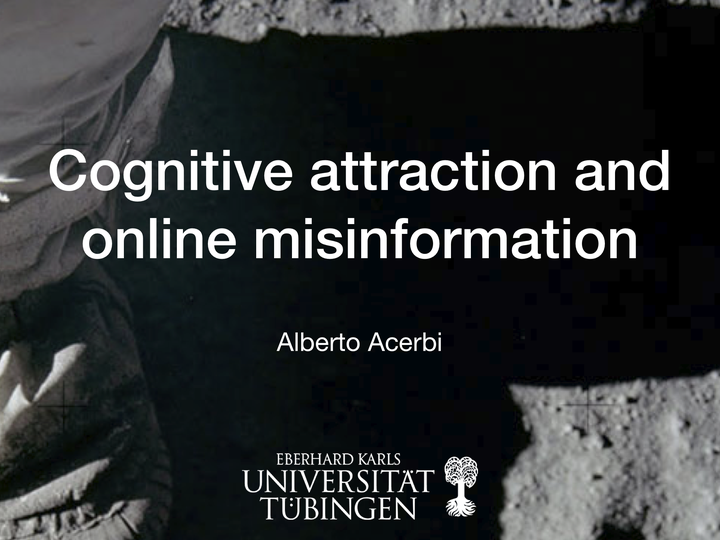 The spread of online misinformation has gained mainstream attention in recent years and it is often touted as one of the biggest threat to a well-functioning society. However, the scientific consensus on the prominence and on the actual effect of online misinformation is, at best, mixed. This is consistent with an image of relatively wary learners, that stems from some cognitive and evolutionary approaches to culture. Here I analyse misinformation focusing on the idea that some cultural traits can be successful because their content taps into general cognitive preferences. The research involves 260 articles from media outlets included in two authoritative lists of websites known for publishing hoaxes and ‘fake news’, tracking the presence of negative content, threat-related information, presence of sexually related material, elements associated to disgust, minimally counterintuitive elements (and a particular category of them, i.e., violations of essentialist beliefs), and social information, intended as presence of salient social interactions (e.g., gossip, cheating, formation of alliances), and as news about celebrities. The analysis shows that these features are, to a different degree, present in most texts, and thus that general cognitive inclinations may contribute to explain the success of online misinformation. Online misinformation, while being an umbrella term covering many different phenomena, can be characterised, in this perspective, not as low-quality information that spreads because of the inefficiency of online communication, but as high-quality information that spreads because of its efficiency. The difference is that ‘quality’ is not equated to truthfulness but to psychological appeal.